Each day for the entire week that we were in Curaçao, we found new things to explore. 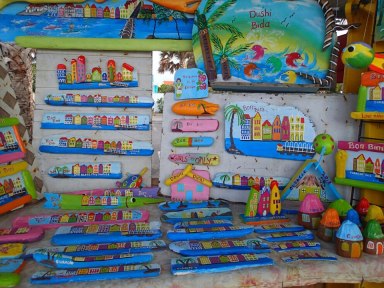 We felt like total tourists, but apparently it wasn’t all that obvious, because a lot of the locals first tried speaking to us in Dutch.

We were pleasantly surprised to find that American currency was almost 2x more valuable than the Florin that were used in Curaçao.

Regardless, things were always a little more expensive there than they would’ve been back in the States.   One day we bought breakfast at Subway and it ended up costing about $9 per person?!

We saved money by eating breakfast in our hotel room most of the time (I brought peanut flour and oats & we bought bananas).  Then for lunch, we either used our daily $10 voucher at the hotel restaurant, or ate things that we bought at the “grocery store” there.  I’m pretty sure I got a grilled chicken salad almost every single day.  Dinner, is where we splurged.

I tried genuine curry for the first time and I’ve got to say, I’m a huge fan. 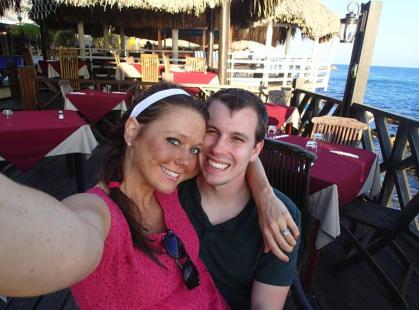 Another night we opt for seafood at a delicious waterfront restaurant called Scampi’s.

Jarid had some spinach mashed potatoes that he said he’d never forget,

while I ordered a grilled shrimp entree that came with a monstrous & decorative plate of fresh greens and other vegetables.

Although most of the shops were closed, like I said, by the time we were finished with dinner, the views and city life were enough to occupy us until it was time to head back to our room. 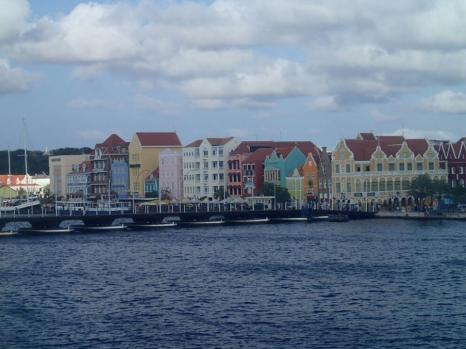 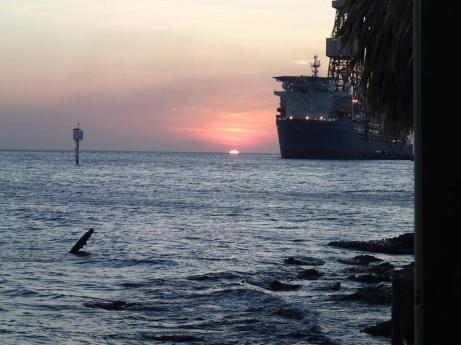 Actually, I’m lying.  Each night we snagged some ICE cream before heading back to our hotel. 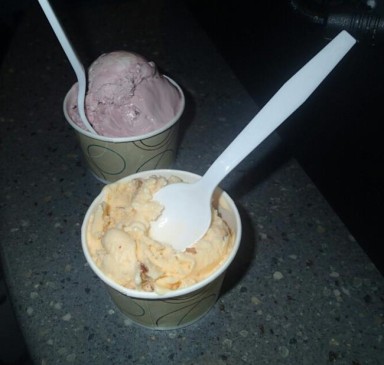 There was a little ice cream place called Don’s Ice Cream that we discovered in Rif Fort that served Edy’s brand.  I fell in love with the sugar free almond amaretto ❤ 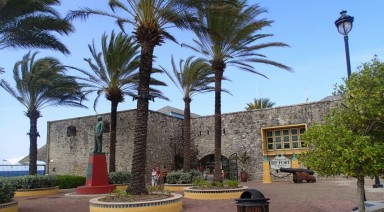 As I mentioned before, we had a voucher for one day to rent a car while we were there.  On a whim, we decided we’d like to drive the entire length of the country (which only took us about 45 minutes) to a place called Boka Park.

The trip was a little bit stressful — we had NO GPS & we had to turn off our cell phones’ data because we were “roaming” to avoid outrageous charges”.  We simply left our hotel with a map of the island, a little bit of faith, and a lot of prayer that we could make it 🙂

It didn’t help that all of the signs were in Dutch, either.  Thankfully, Jarid & I make a pretty great team — he was about 12093895 times more nervous about it than I was.

My sense of direction is pretty good, and his… well he’s not so confident.  We did make a few wrong turns along the way, but quickly realized it, and took appropriate action.

The trip was totally worth the hassle of the traveling.  Shete Boka National Park is “10 kilometers of the rocky wave-exposed north coast of the island and with some 10 pocket beaches where 3 species of sea turtles are known to lay eggs“.

The park begins at stunning Boka Tabla, where huge waves thunder into an underground cavern.

Steps cut into the rocks lead you directly into the mouth of the cavern; you can sit on the very edge and watch the surf roll in. 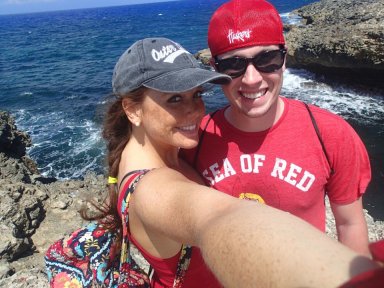 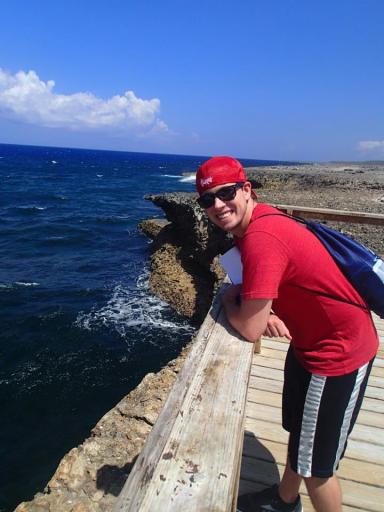 We actually peeked inside the caves at the end, just before we left.  The majority of the time we were hiking the coast, exploring each of the little inlets: Boka Wandomi, Boka Kortalein, Boka Plate, Boka Mansalina, Boka Djegu and Dos Boka.  These inlets are protected turtle breeding areas and lie inside the park. 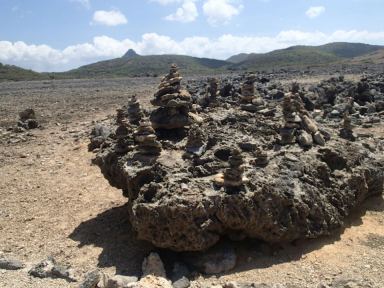 Overall, I was just so thankful to have had the opportunity to get away with my husband.  After all of the wedding chaos, exciting and as wonderful as it was, I was ready for some down time!  Time away from work, just enjoying my husband.  When it came time to travel back to the States, we were actually excited to get home!

Not because we didn’t have a blast, but because we knew that it meant starting our lives together in a new home.  Remember back when we were house hunting?!  It feels so long ago, now, but the process of finding “the one” can sometimes be frustrating and grueling!  Thankfully, we had a wonderful agent helping us out from Howard Hannah, who helped us find the perfect starter home for us!  All about that in the next post 😉  Stay tuned!

Hi, I’m Sami!  I’m a Type A, crunchy wife and Mom of two who is a little bit crazy about wholesome, healthy, balanced living — complete with some interior design passion in the mix.  I’m a daughter of the king, Jesus Christ, and I’m learning and growing every day – or at least I should be.  Thank you for visiting my blog and coming along with me on this journey through parenting and navigating everyday life with my better half and two munchkins.